Anatomy of a Men Scene 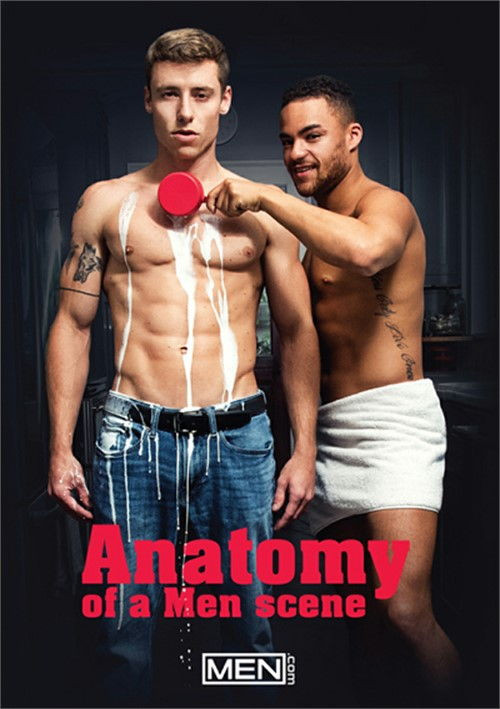 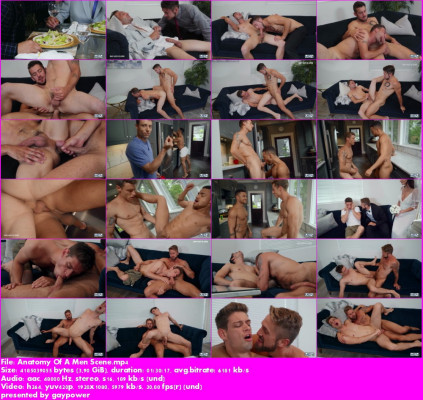 Anatomy of A Men Scene Part 1 Bareback: Dante Colle is here to walk you through the anatomy of a Men scene – from the conflict and set-up right through to the sex. Dante finds himself in a classic scenario: his boyfriend has invited his colleague, Jesse Prather, over for dinner to discuss banal business matters. Of course, this gives Dante the perfect opportunity to seduce Jesse and fuck him right under his oblivious boyfriend’s nose. Dante, though, wants to get things just right, so that means pausing the action to try multiple seduction approaches and outfits. With his ability to break the fourth wall, Dante is here to guide you through the various methods and mishaps that come with a classic cucking.

Anatomy of a Men Scene Part 2: In the second part of Anatomy of a Men Scene, Beaux Banks gives us a peek into the everyday life of the hero of a Men.com scene. From waking up with an eerie feeling that he’s about to have anal sex to an unexpected visit from his married neighbour, we see all of the bumps and surprises that make up a day in the life of the average citizen of the Men.com cinematic universe. Through a series of unavoidable circumstances, straight neighbour Justin Matthews ends up with his eager lips wrapped around Beaux’s cock while trying to make his wife a cake. The first-time-fellator does his best, swallowing Beaux’s thick cock down to the balls then sucking and licking those, too. Soon Beaux is bent over his kitchen counter taking the kind of hardcore pounding that straight men always seem to deliver if given the opportunity, fucking Beaux until the tattooed cutie can’t contain his moans of pure pleasure and blows his load right there in the kitchen.

Anatomy of A Men Scene Part 3 Bareback: Science may never be able to pinpoint what it is about stepdads that makes them such sexually powerful energy, but in this instalment of Anatomy of a Men Scene, Wesley Woods finds out just how powerful the pull of a nominally paternal relationship can be. Wesley will do anything to gain the affections of his daddy-obsessed roommate Michael, even if it means marrying Michael’s mom to become his legal stepfather. Michael’s not thrilled at first, but ultimately the magnetic pull of Wesley’s newly minted step-daddy dick is too much for Michael to resist. Wesley pounds Michael’s tight ass, hammering it with his thick cock while Michael moans and begs for more until Wesley shoots his big creamy load all over his new step-son’s freshly fucked hole.