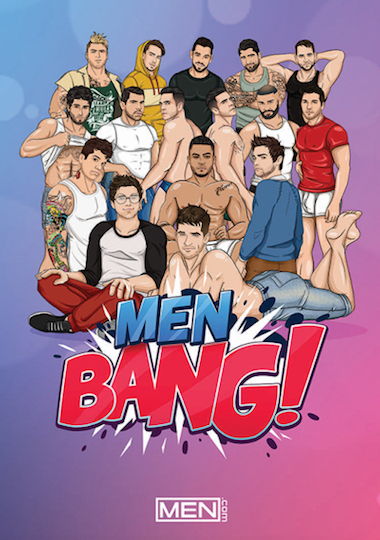 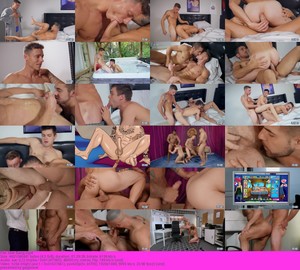 Men Bang Part 1: Slender and fit Justin Matthews loves the new role-playing game he just signed up for featuring muscular hunk, William Seed. He doesn’t quite know what to expect, but he ends up winning the game, and suddenly tattooed William appears ass up, and ready to fuck! Blond-haired Justin can’t believe what’s happening, but he certainly doesn’t let that stop him from driving his big stick right into William’s open hole.

Men Bang Part 3: Blond-haired, chiselled Justin Matthews is fully immersed in the new Men Bang game, and he’s about to beat his own record! He can’t wait to receive his reward in the form of cute twink Johnny Rapid, but what he doesn’t know is that a new challenge is about to present itself, and hot stud Beaux Banks is the prize for this bonus round. These two bottoms definitely put Justin’s big, cut cock to the test as he fucks his way to the final level.